I try not to be TOO critical, but when I see that someone (Jerry) has taken aluminum foil that had lined the meat pan and placed it greasy side up over the brownies (presumably quite thoughtfully, so the grease didn’t touch the brownies) and placed it into the frig…I’m not thinking, “What a great idea for saving the cost of foil!”  I think, “He’s trying to help and I can’t kill him, so I’ll just have to love him.”

To be fair, after I saw a mouse after midnight last night my wonderful man went to the garage to get mouse poison and something to better stop up the hole in the ceiling through which the mouse had entered.  [The hole was left when Jerry had an aborted attempt to change the bathroom fan.]  Jerry then served brownies and wine and we settled in to watching a good murder mystery.

So if he does something in the kitchen which to a woman is crazy, that’s allowable.  He thinks screaming about a mouse is crazy. 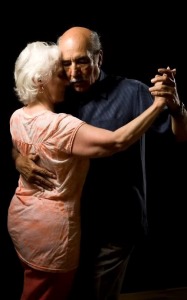